A little about: Bayswater is one of London’s most cosmopolitan areas wherein a diverse local population is augmented by a high concentration of hotels. The area has attractive streets and garden squares lined with Victorian stucco terraces, mostly now subdivided into flats and boarding houses. (Official MINI Bayswater information pictures after the jump.) 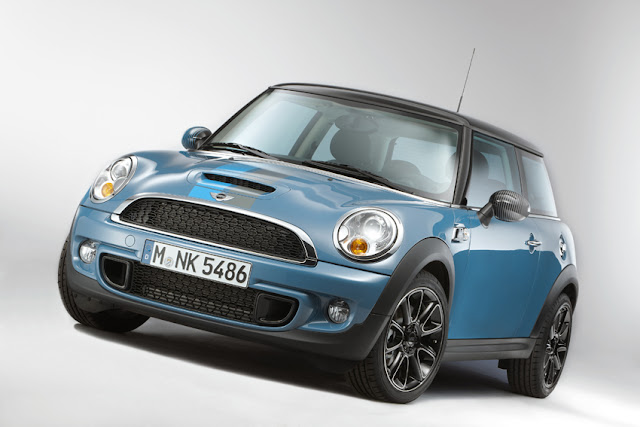 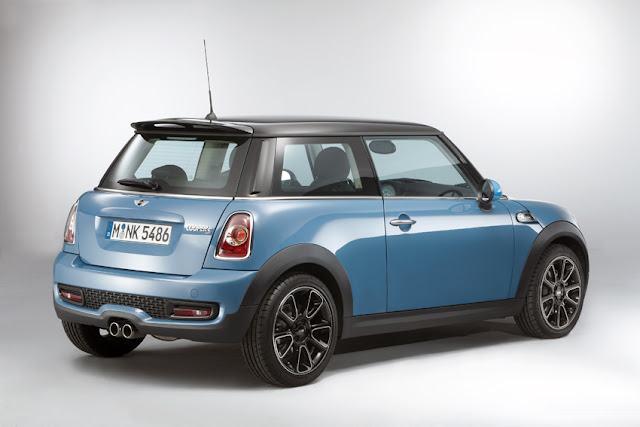 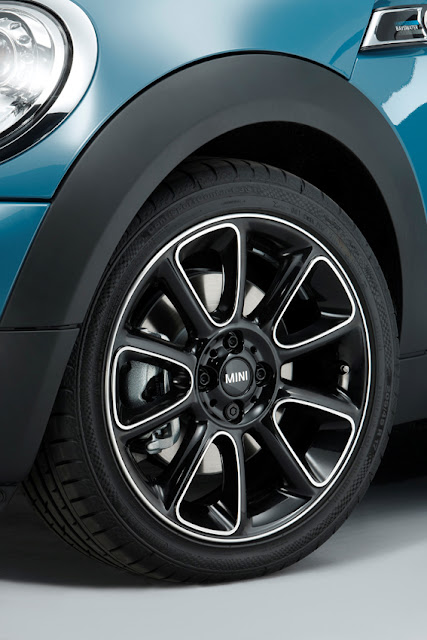 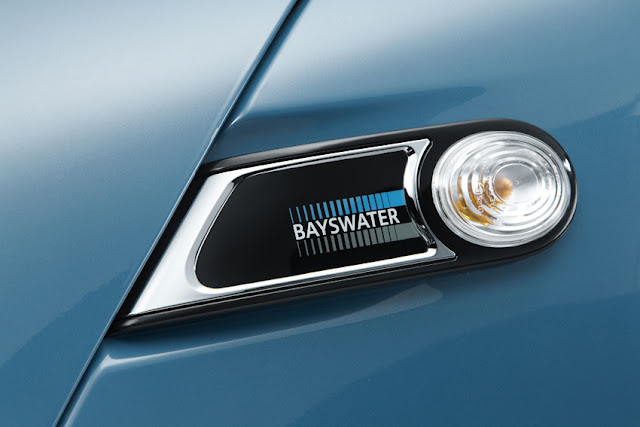 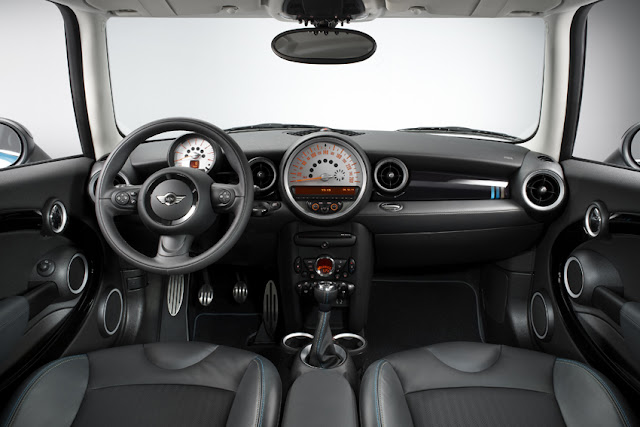 The MINI Bayswater is a true athlete that likes to show what it’s capable of. The distinctive Bayswater styling shows not only on the bonnet, but also in the interior. The exclusive contrast stitching on the Leather Punch Rocklite seats matches the special fascia in Bayswater colours. Its bonnet stripes and mirror caps make it unforgettable, further showcasing its sporting appearance. They have been designed exclusively for this model in blue and grey matching overall Bayswater style. Similarly remarkable are the three exterior colour options: Kite Blue metallic (exclusive for the MINI Bayswater), Eclipse Grey metallic and Midnight Black metallic.

A Little about: Baker Street is a street in the Marylebone district of the City of Westminster in London. It is named after builder William Baker, who laid the street out in the 18th century. The street is most famous for its connection to the fictional detective Sherlock Holmes, who lives at a fictional 221B Baker Street address. The area was originally high class residential, but now is mainly occupied by commercial premises. (MINI Baker Street info below the gallery) 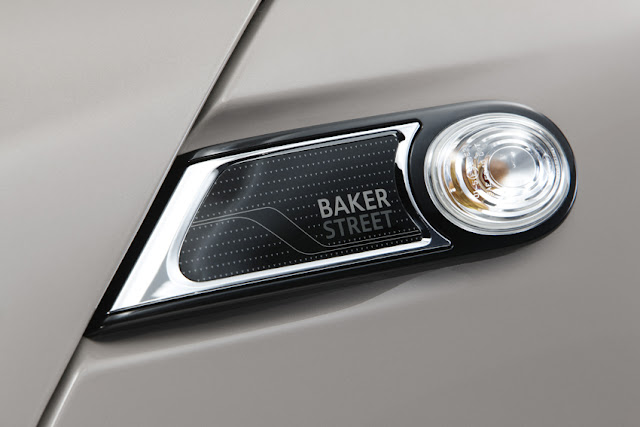 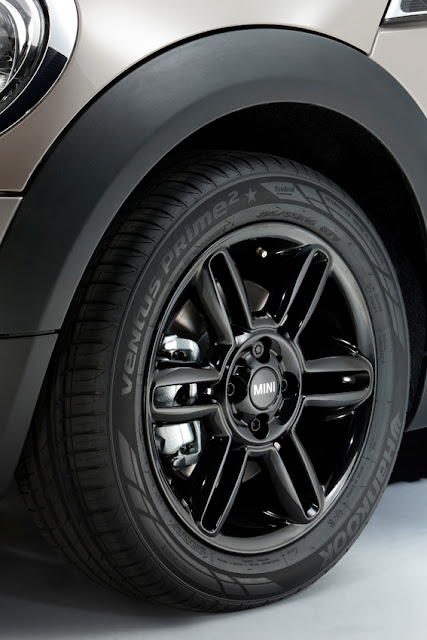 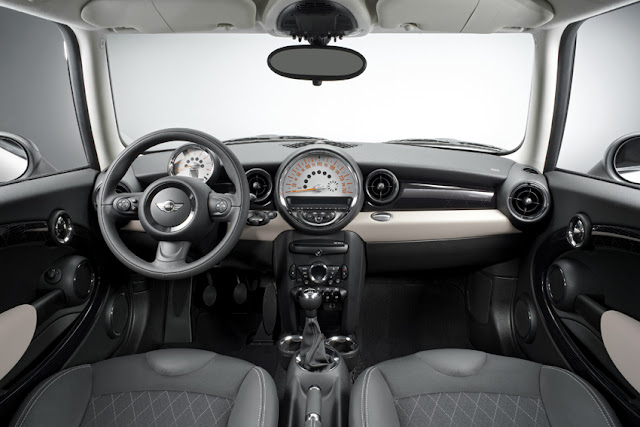 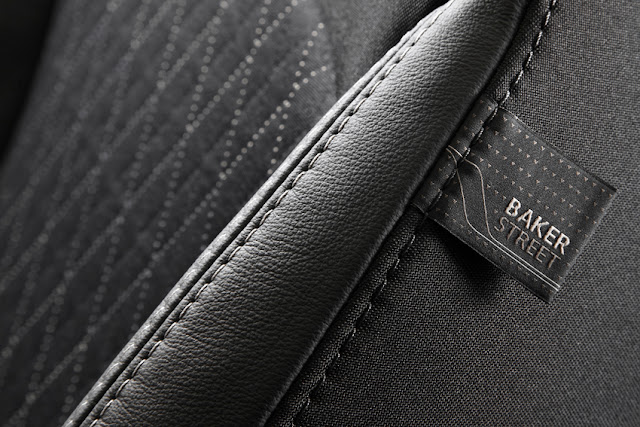 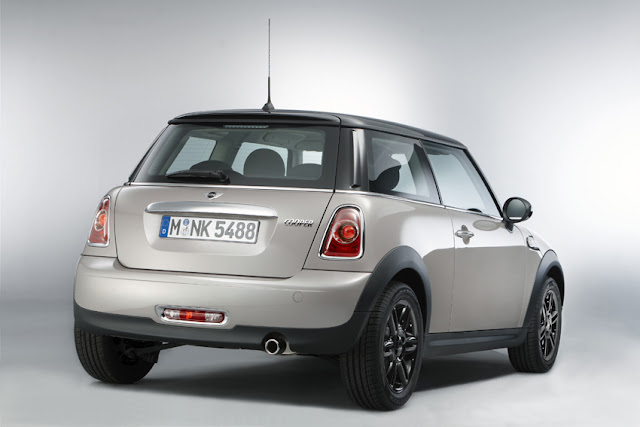 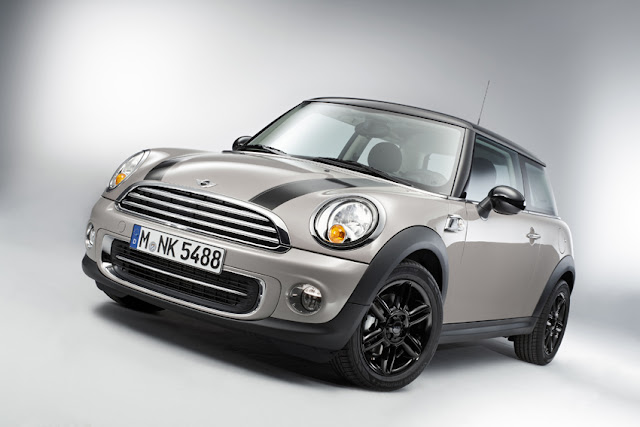 
Exclusive edition with style included, the MINI Baker Street inspires with its distinctive interior surface and a selection of equipment features designed specifically for this model. The MINI Baker Street is painted in Rooftop Grey Metallic, a shade developed specifically for this model but also has the available option paint finishes in Pepper White or Midnight Black Metallic. This model also comes with most of the valued features in which a driver expects in a MINI.

A Little about: Highgate is one of the most expensive London suburbs in which to live. It has an active conservation body, the Highgate Society, to protect its character. (MINI Baker Street info below the gallery) 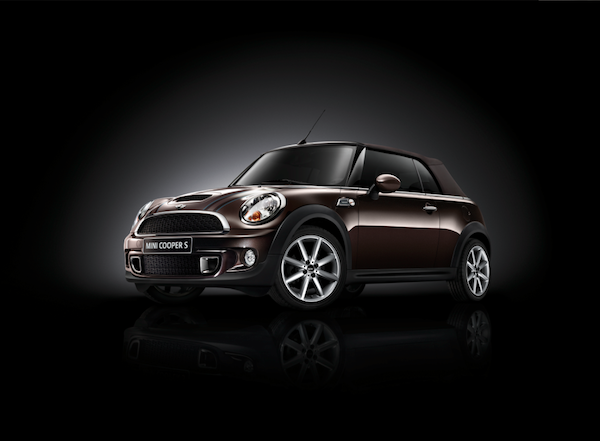 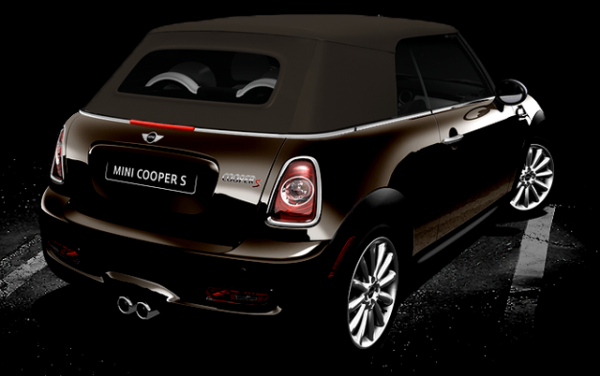 The MINI Cooper Convertible Highgate is unmistakeable. And just to show the outside world which way the wind is blowing, there are three paint finishes available for this model: Iced Chocolate metallic (exclusive for the MINI Highgate), White Silver metallic and Midnight Black metallic. Further eye-catching details are the stylishly integrated Highgate model logos on the seat labels, side scuttles and interior trim stripes made of bronze, shimmering brushed aluminum.