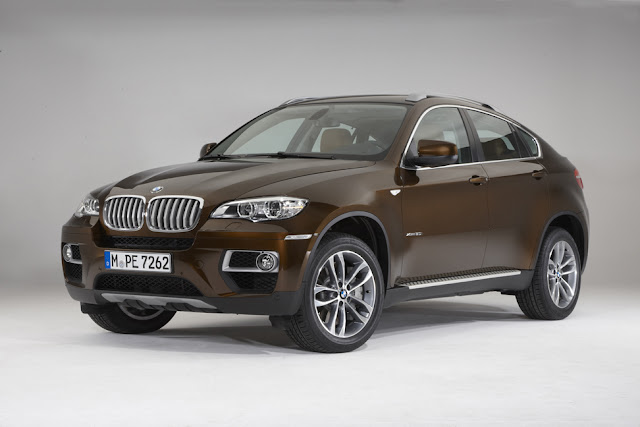 Press Release Munich. The BMW X6 is the world’s first ever Sports Activity Coupé, still a unique combination of sporty dynamics and supreme versatility and with further enhanced appeal from spring 2012. Selective modifications in design and innovative equipment features hone the profile of the new BMW X6 as a distinctive model within the premium segment of all-wheel-drive automobiles. Its exceptional standing and ongoing popularity is due to both its highly expressive design, combing the athletic and elegant lines of a coupé with the supremacy of a BMW X model, and the fascinating driving experience provided by powerful petrol and diesel engines fitted with BMW TwinPower Turbo Technology and the intelligent all-wheel-drive system xDrive, including Dynamic Performance Control.
Since its market launch, more than 150,000 of the Sporty Activity Coupé were sold within approximately three years. This far exceeded the original plans. And the continuing high level of demand for the BMW X6 on the worldwide automobile markets is impressive confirmation of the unusual vehicle concept of the Sports Activity Coupé.

Striking accentuations at the front and rear, adaptive LED headlamps as a new option.
Precisely modified details in the front view give the new BMW X6 an appearance characterised by exclusive athleticism and supremacy. The standard fog lights are now set in matt finish surrounds in the upper area of the outer air inlets. Their higher and more lateral position emphasises the width of the vehicle. The striking three-dimensional modelling of the frame and newly designed bars, angled in the lower section, make the BMW kidney grille stand out especially conspicuously within the vehicle front section. The angle of the grille bars is flush with the bottom of the headlamp units, thereby creating an additional horizontal line which likewise highlights the wide track and stable road-holding of the new BMW X6.
As an alternative to the standard bi-xenon light, the new BMW X6 is the first vehicle in its segment to be fitted optionally with adaptive LED headlamps. Their bright white light ensures optimum visibility, while their high-quality appearance represents a new interpretation of the brand’s hallmark twin circular headlamps. The three-dimensionally shaped luminous rings of the adaptive LED headlamps are strikingly levelled off both at the top and bottom and are overlaid at the upper edge by an LED-fed accent light. The light sources for low and high beam light are LED units positioned on a horizontal bar at its centre, feeding their light into the reflectors in front. In the new BMW X6 M, adaptive LED headlights are fitted as standard.
With its newly designed rear lights with LED technology, the powerfully shaped rear section of the new BMW X6 also features more intense styling. The rear lights are now two LED-fed light banks which create the brand’s hallmark night design as a harmoniously glowing light mass. The fact that they are horizontally aligned and stretch far out to the sides emphasises both the width of the vehicle and the flowing transition between the side section and rear. 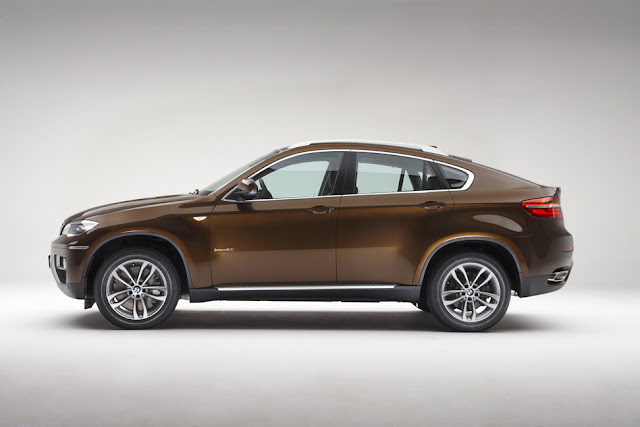 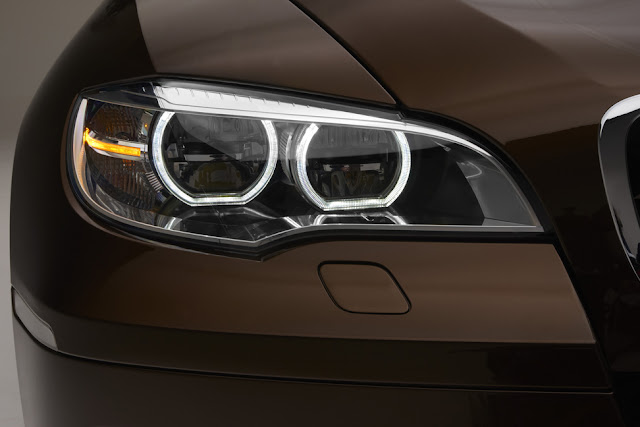 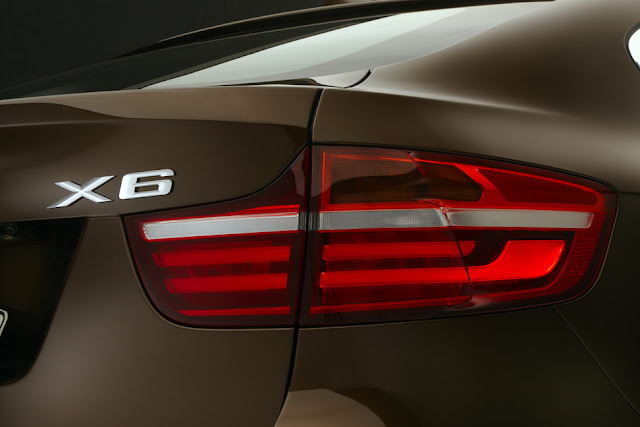 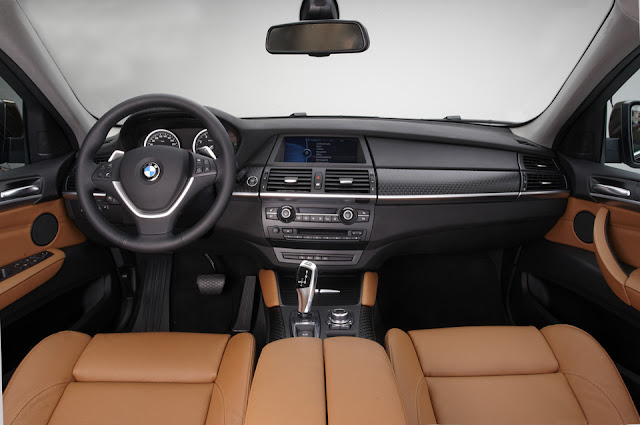 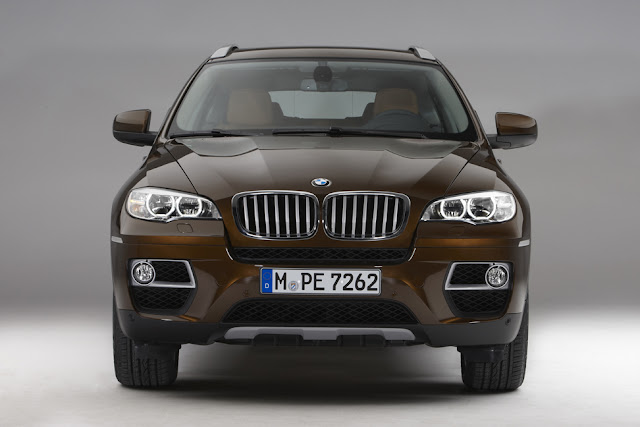 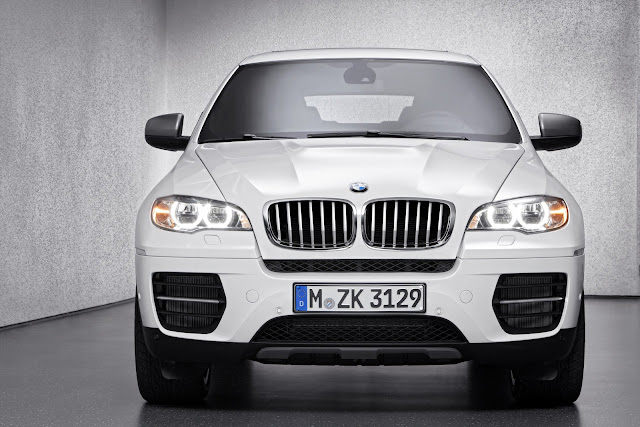 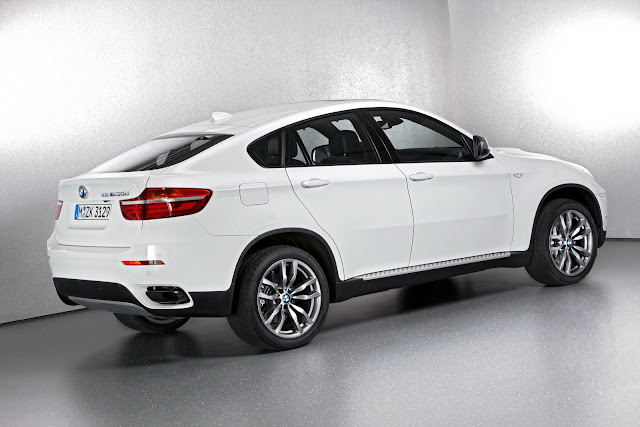 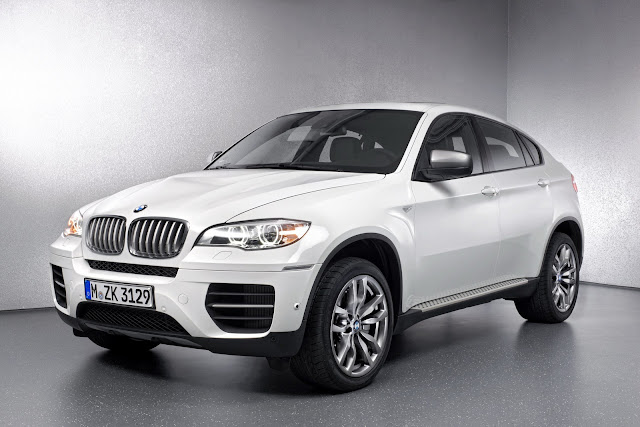 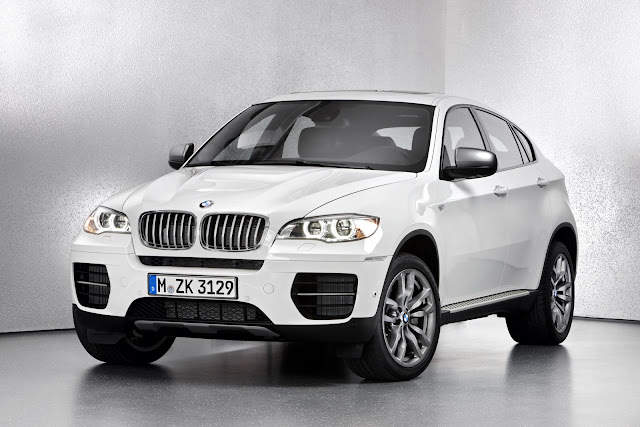 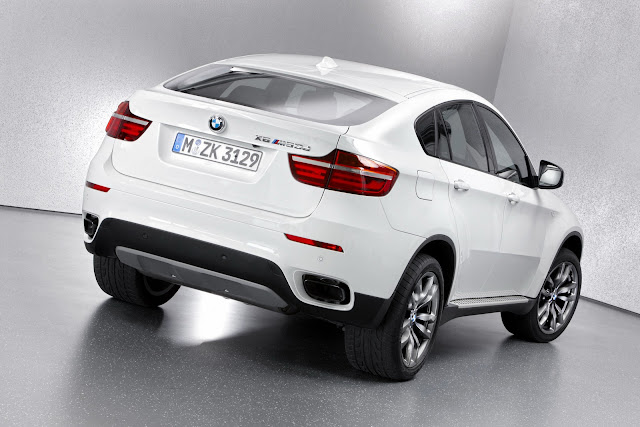