New Vehicle Information Jun 11th, 2012
In the last 27 years BMW Forschung und Technik GmbH research division created numerous experimental concept vehicles, on it’s 25th year in 2010 a treasure trove of images was released to celebrate the division’s anniversary. The concepts featured in this article is from the late 1980’s to early 2000’s while some of which made it into production and most didn’t, you may recognize elements which made it into production on modern BMW’s today. Let’s start with the year 1988 when the BMW Z1 Coupe concept was created. 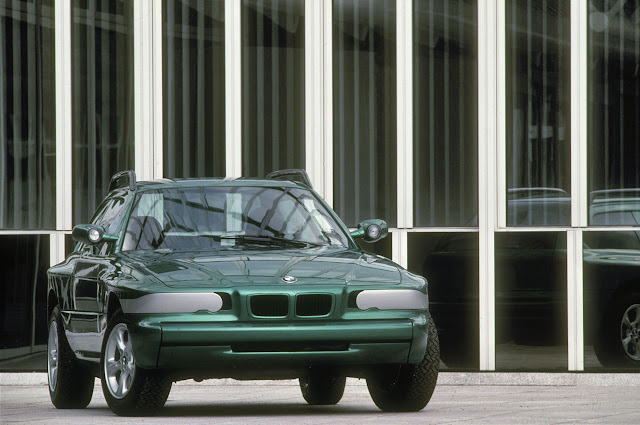 Started out as a research project in the areas of bodywork and construction, materials and development processes a plastic BMW Z1 coupe concept model released was an instant hit with the public. The BMW Z1 Coupe never made production but in 1999 the production BMW Z3 Coupe carried a similar shape. 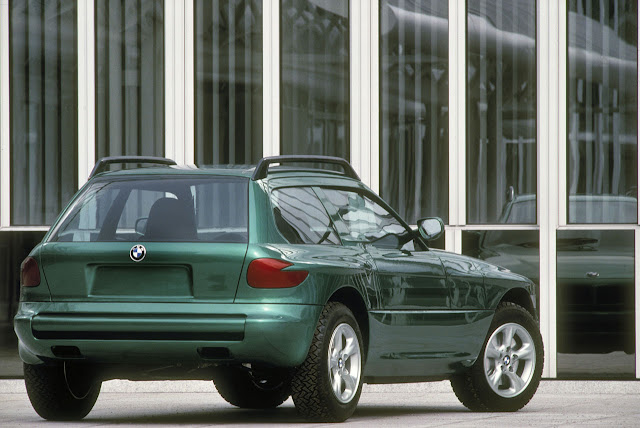 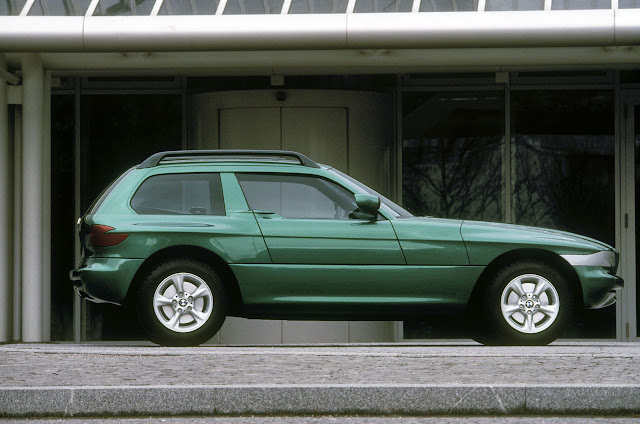 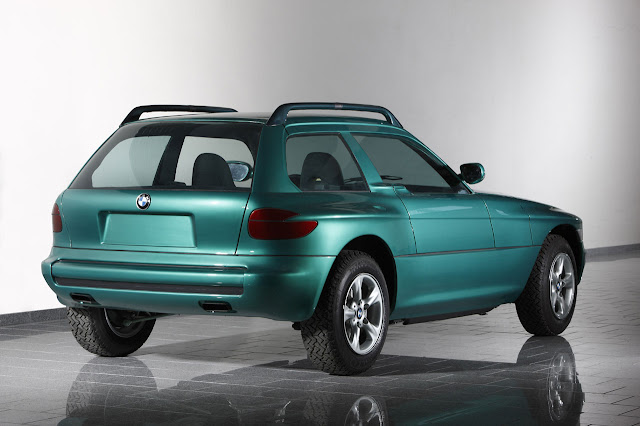 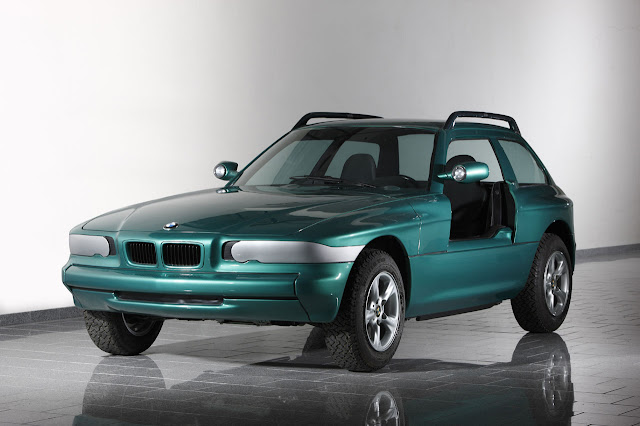 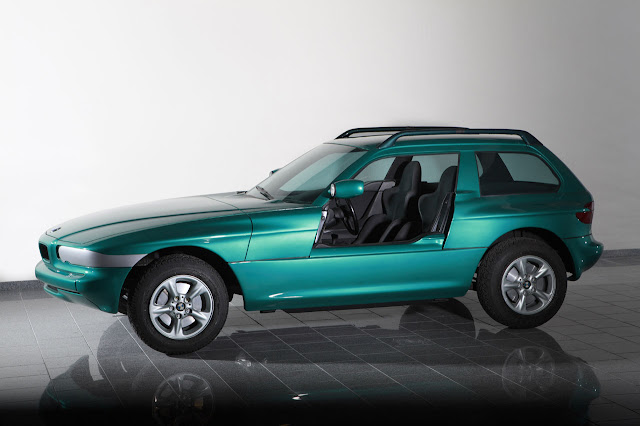 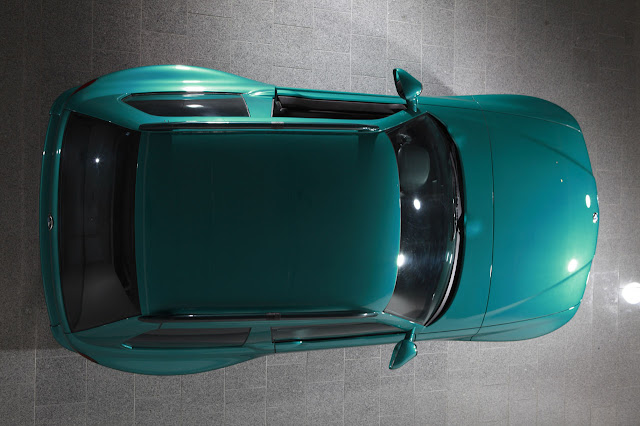 BMW had 5000 orders for the new Z1 Roadster before it’s production began, however the demand dropped sharply later on and it’s production ended in 1991 and it’s last example was hand built and is the only right hand drive Z1 ever produced. The chassis was bespoke for the BMW Z1 and comprises a monocoque steel chassis with a bonded plastic floor with Zinc welded seams. The bodywork is made of flexible thermoplastic which is not sensitive to damage and if it was damaged all the body panels can be removed under 40 minutes and the Z1 can be driven without it’s body panels. Perhaps the most prominent feature on the BMW Z1 is the vertically retractable doors which completely disappears into it’s high door sills. The BMW Z1 can be legally driven with it’s doors open or closed as the crash impact protection is located in it’s door sills, the electrically operated doors can be operated manually in an emergency.

DID YOU KNOW: “Z” in the BMW Z1 originally stood for “Zukunft” which means Future in German. The “Z” line of BMWs is now known for it’s 2 seater open top roadsters. 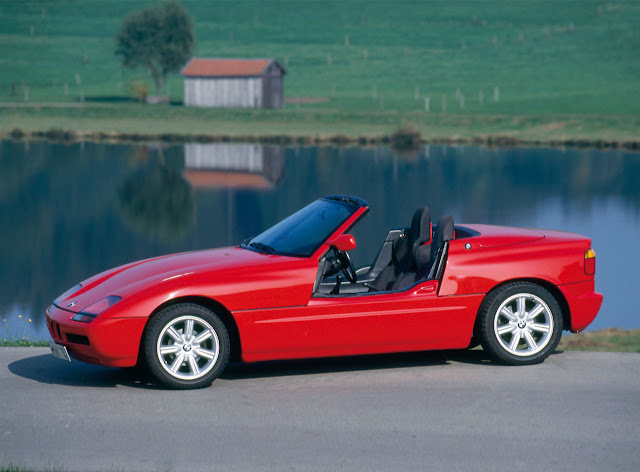 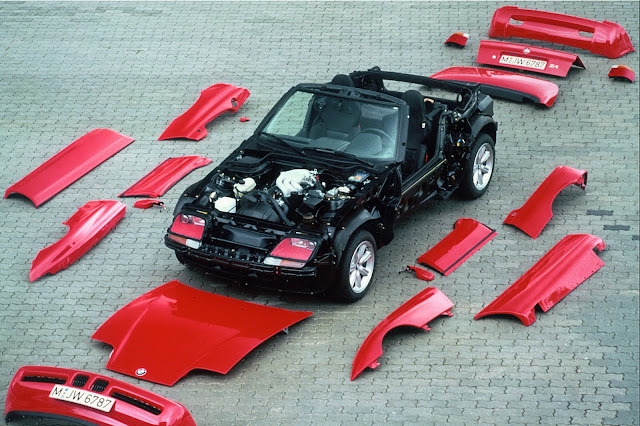 Internally named the BMW Z11 this 1990s electric car concept was renamed the E1 to make emphasis on its revolutionary power unit. The rear mounted electric motor on the BMW E1 produced 37kW of power to the rear axle and would propel this light weight city car to a top speed of 120km/h with a range of 200kms per charge. The high grade material plus typical BMW fit and finish made the BMW E1 stand apart from other electric cars at the time. The E1 never made it into production, however in a few years time the 2014 BMW i3 Megacity will have the BMW E1s spirit realized. 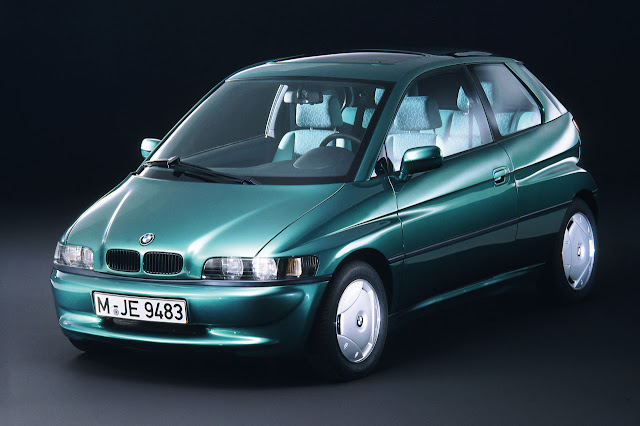 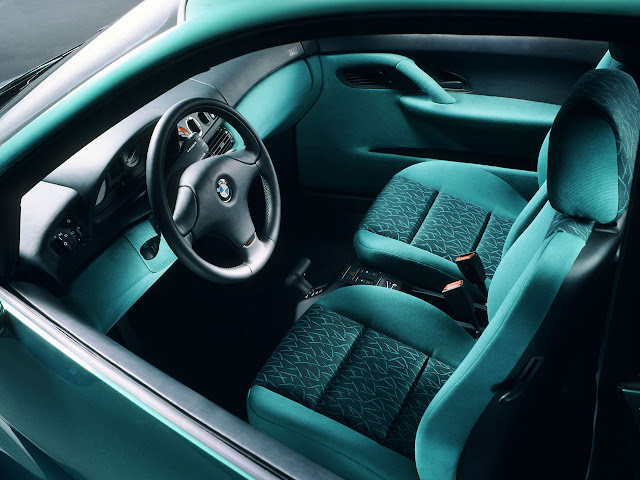 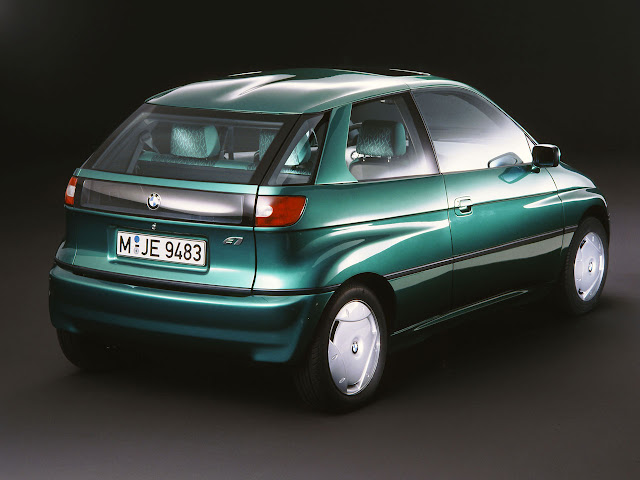 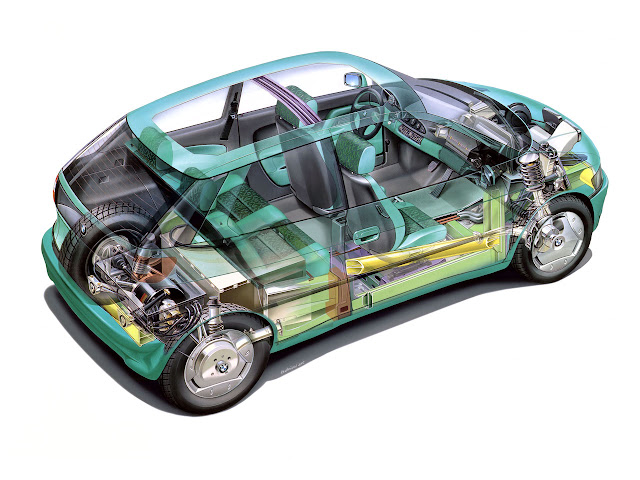 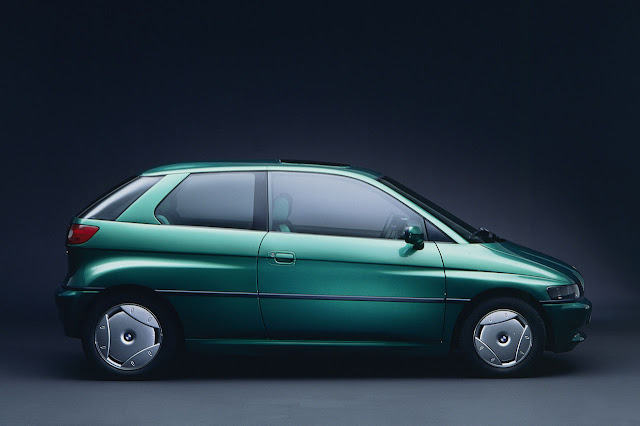 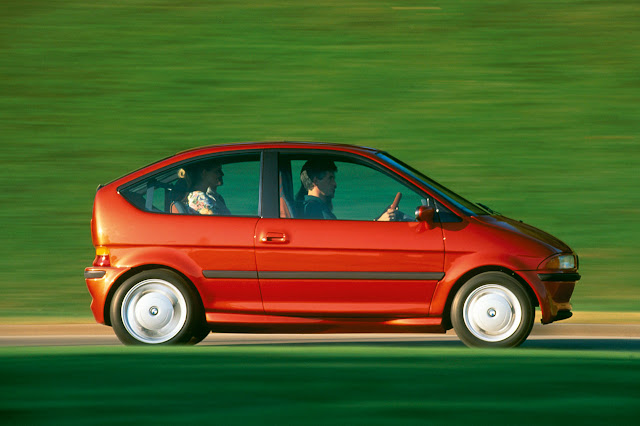 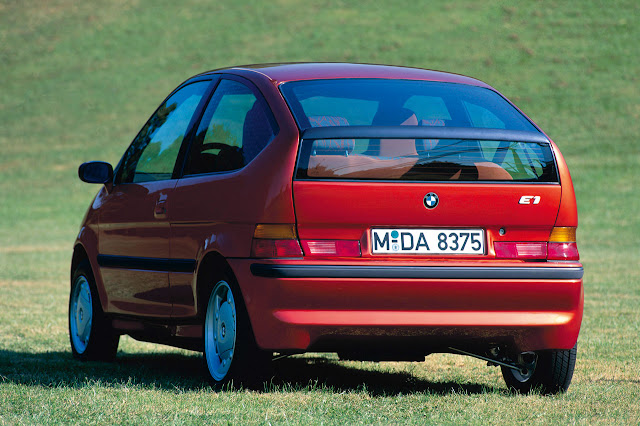 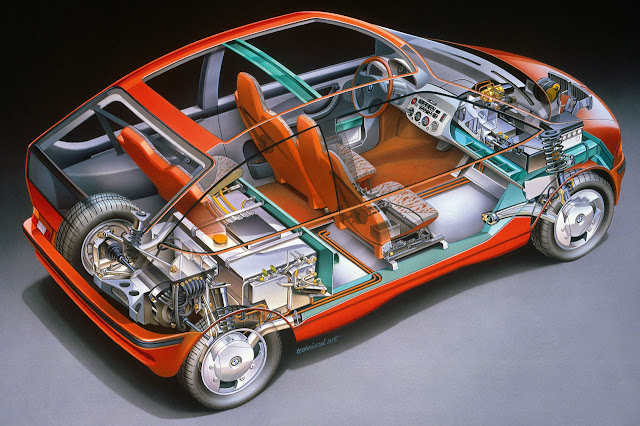 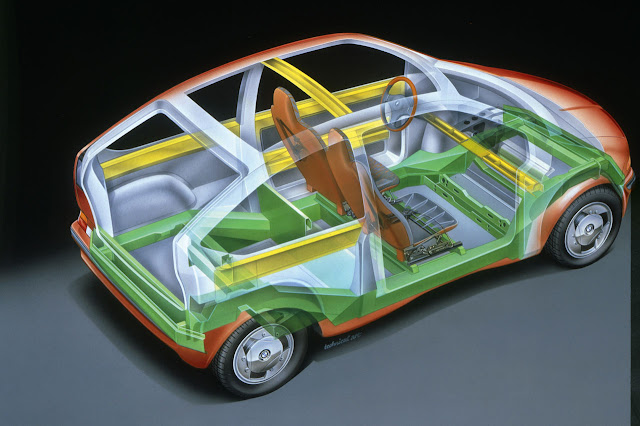 In 1993, engineers at BMW was given a challenge: The Challenge is to create a contemporary compact vehicle which excelled in comfort, active and passive safety, realistic environmental and economic credentials and lastly this vehicle must have exceptional performance you would expect from a BMW. The final product was a fully functional 1994 BMW Z13 “Personal Car” was designed as a single seater with the driver sitting in the central position with 2 foldable seats on either side for it’s passenger, the seating configuration is similar to a BMW M Powered hypercar of it’s time the McLaren F1. 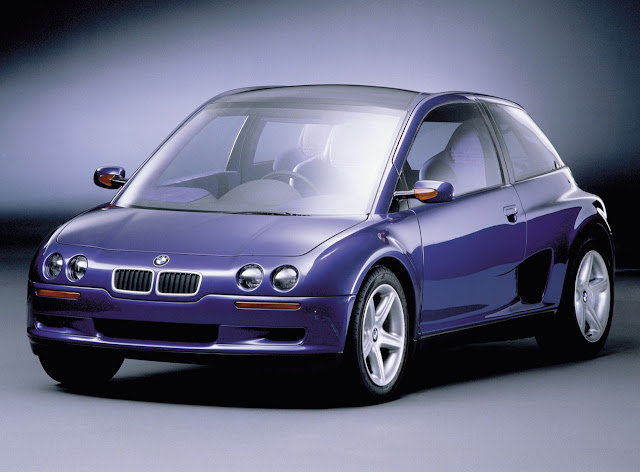 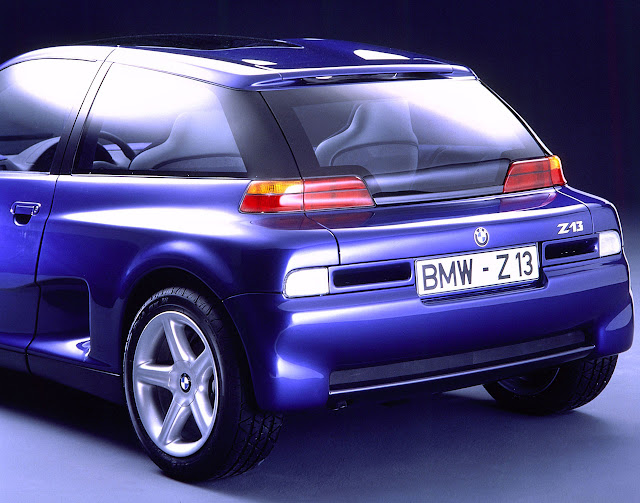 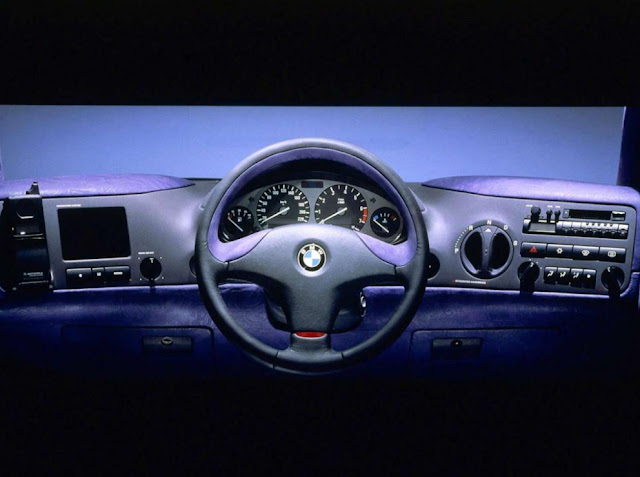 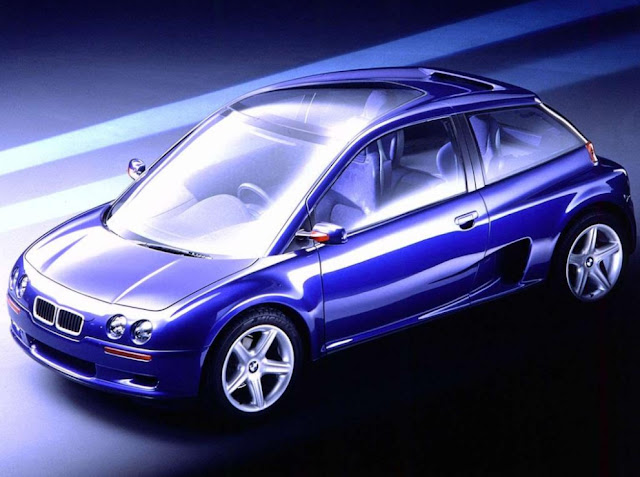