New Vehicle Information May 18th, 2013
The iDrive Touch controller has now been confirmed for the Canadian Market 2014 MY BMW 7-Series. Read more after the jump. 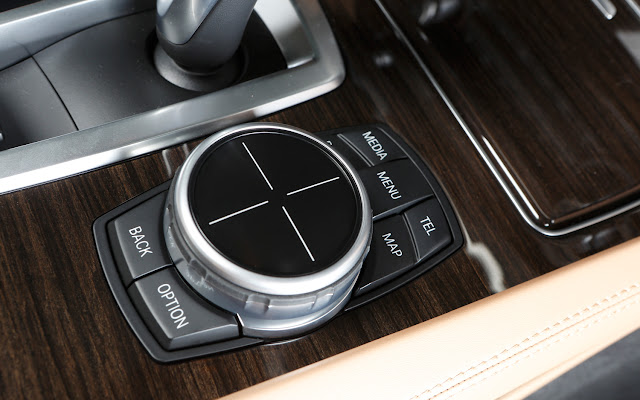 The iDrive controller adds a multi-touch surface to make certain in-vehicle control functions more intuitive, faster and easier to use. The iDrive Touch makes it possible to navigate freely within the route map shown in the display and zoom in on it, too. The scale is changed using the two-finger pinch gesture already familiar from many laptops and smartphones. The driver can also use touch control to mark the points of interest stored in the map, then press the control knob to confirm and display more detailed information. The handwriting recognition function enables characters to be entered with the finger by simply “writing” them on the surface of the touchpad. Whereas previously this could only be done with the “Speller” – a circular arrangement of letters in the display – by turning the control knob, the touch-sensitive surface now recognizes the letters and the Speller instantly jumps to the right point of the alphabet. To further reduce driver distraction, a voice output repeats the character that has been recognized.